The ship, which was sailing to return to Spain, had to change its route to find three boats in distress. 1 has been located but is still missing 2. Neither Malta nor Italy had mobilized their coastguards for it.

At around 10 this morning, the Aita Mari located a boat with 43 people on board 53 nautical miles from Malta (approx. 100km).

At 5:30 p.m., Malta gave the instruction to board the shipwrecked in the Aita Mari because water was entering. In addition, we await the arrival of a helicopter doctor to assess the situation of these people.

The rescue came after they sailed four nights across the Mediterranean. Since then, although the relevant emergency calls had taken place, no country in the area (Malta and Italy) or any supranational authority (the European Union’s dIrini operation) have launched a search and rescue mission.

Six of the rescued people had severe dehydration symptoms and there is a pregnant woman, as well as a minor.

For now, we do not know what the following instructions are for Malta, the country that has taken over the coordination of the rescue.

The Aita Mari, a ship from the Gipuzkoan NGO Salvamento Marítimo Humanitario (SMH) set sail for Spain yesterday from the port of Siracusa (Sicily). However, we have been forced to vary the route because neither Italy nor Malta have deployed search and rescue operations in these cases.

A civilian ship has had to respond to a humanitarian emergency when those responsible are closest to the incident. In this case, the Maltese Coast Guard had to have reacted. Their passivity may have cost lives because there are still two boats with 55 and 85 people to locate.

The last week has been especially serious regarding human rights violations in the Mediterranean:

– Yesterday a rubber boat with 101 people on board arrived in Sicily. Those castaways traveled between 300 and 500 kilometers from Libya in a precarious and overloaded boat without anyone offering help. Today, another one with 77 castaways has reached the same coasts.

Likewise, on April 9, the attack by the Maltese Navy on a boat was reported. According to the survivors, the patrol boat, identified with the number P52, approached them and cut the motor cable to prevent it from entering the country’s waters. The incident was reported by the New York Times.

SMH demands that Malta take charge of offering a safe harbor to the 43 shipwrecked aids today and that it also launch a rescue operation to locate the other people still in danger. The European Union, in addition, has to commit its resources in the area (Operation Irini) so that nobody loses their lives on the world’s deadliest border. 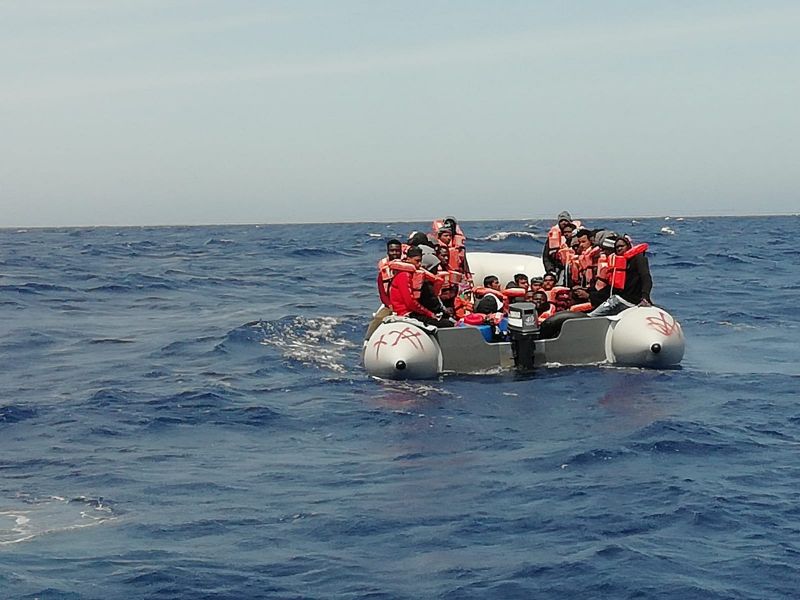